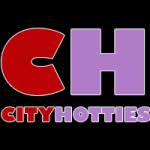 Let me tell you a little more about myself and career, I am a two time Hall of Fame Adult Film Star, I’ve been featured in both Playboy/ Penthouse Magazine, along with every other major Men’s Magazine.

Personally I love to have steamy exotic adventures. I work out daily to keep my dangerous cures that are to adore by my many fans.

Contact Me Now – I have Many other Adult Film Superstar Friends, Penthouse Models and Celebrity Friends such as Blair Williams, Jessica James, Monique Alexander, Chloe Amour, Priya Rai, Nina Elle, Brianna Banks, Juelz Ventura, etc make sure to ask my assistant for all my girlfriends that are either based here or tour.